The F1 Driver in Your Child 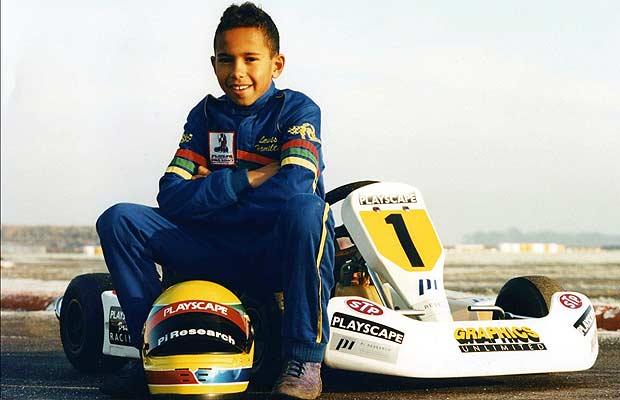 Every mum and dad dreams of their children all grown up. They will be good looking, charismatic, and lead a gloriously happy life – but what of their career?

I think I can speak for most parents when I say that we don’t dream of our children becoming race car drivers. That’s simply too dangerous, especially when our children are young. But, when you think about it, being a racing driver – especially in the top tier – has huge rewards. Plus, it’s safer than ever before.

Take Formula 1 as an example. There has not been a death in Formula 1 since Ayrton Senna in 1994. In fact, there has not been a crash where life-threatening injuries have been logged since, except in 2007, during a freak accident in the Hungarian Grand Prix involving Felipe Massa.

Due to regulations and health and safety law, drivers are now better protected than ever before. The same can be said of British Touring Car racing and rallying. So, it’s not wrong to imagine your child at some point in the future going toe-to-toe with some of the best drivers in the world at a Grand Prix.

To get there for real, though, is an entirely different thing.

One thing the best racing drivers all have in common is that they started out karting. It is well noted that Lewis Hamilton’s karting days helped him to become the driver he is today. He was racing go karts in competitions at the age of 8. By 10, he had won his first British Karting Championship. To get to where he is today, Lewis Hamilton relied on his dad’s support. It was his dad, Anthony Hamilton, who financially backed his racing over the years.

Today, Lewis Hamilton is a Formula 1 World Champion, multi-millionaire, one of Britain’s greatest sports personalities, and travels the world seeing places that ‘normal folk’ can only dream of. He is happy, and it is karting which brought him that.

Financially speaking, it was a small investment for Anthony to make to get Lewis to where he is today.

Lewis Hamilton’s success brought on by karting is not a rare case, though – British F1 driver and former Sports Personality of the Year Jenson Button raced go karts too, and he has won a Driver’s World Championship just like Lewis Hamilton. Even the current F1 world champion, Sebastian Vettel, started out his career in karts, and he is on the verge of becoming the most successful Formula 1 driver of all time.

Ultimately, all of these successful racing drivers have two things in common – a love for karting, and strong support from their loved ones. To get into F1 or any other top-tier type of racing, karting seems to be an essential stepping stone.

So next time you’re dreaming of your child all-grown up and racing in Formula 1, give him the best possible start in life – release your child’s inner racer with go karting.